Another opportunity for me to see the Eurofighter Typhoon, the Black Cats Lynx display team and the Chinook flying over the River Dart. The air displays seem to have really taken a front seat in the last two years, very well worth coming to see. The weather this year wasn’t quite as good as we would have liked for photography; gray skies mean less contrast and colour in the shots, however I can’t complain really! We decided not to go and watch the Red Arrows on the Saturday thinking I had already seen them once this week; but when they flew over my house I was absolutely kicking myself we hadn’t gone! There’s always next year ; ) 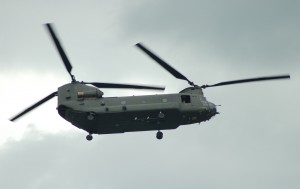 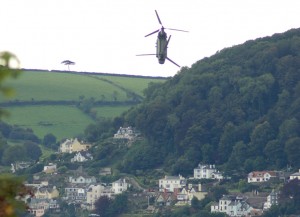 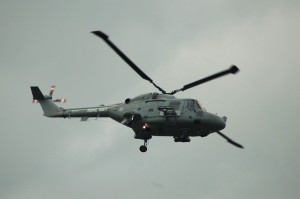 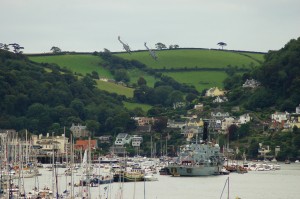 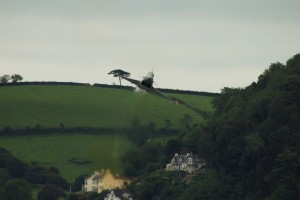 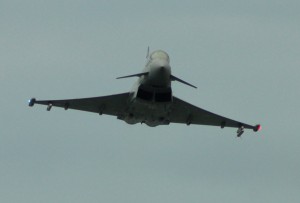 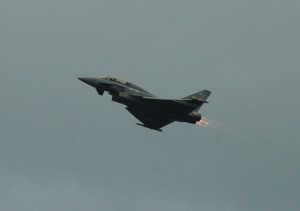 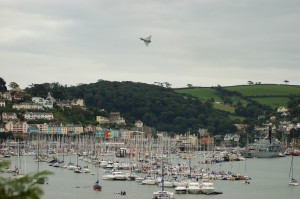 Fireworks are fairly easy to get clear pictures of and I’ve had some experience with displays before, the harder part is making a well framed photo with clarity in the foreground and background as well. This years Torquay fireworks gave me another opportunity so I set up beside the Corbyn Head hotel which turned out to be ideal. The sea front main road in the foreground with crowds lining the sea wall; and the lights of Torquay in the background. You can see some trailing of car headlights on two of the pictures, and also the large number of boats that had come over to watch the show. 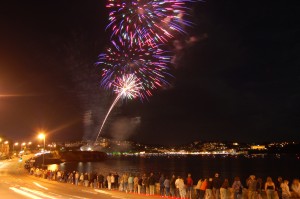 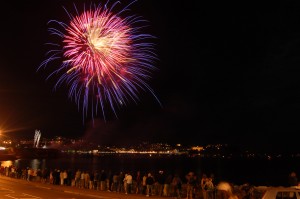 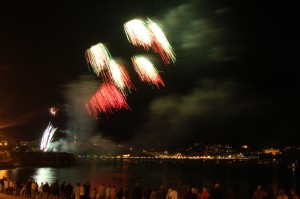 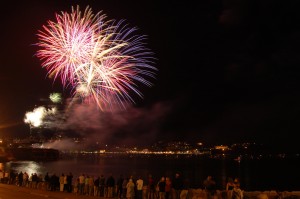 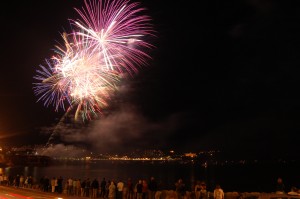 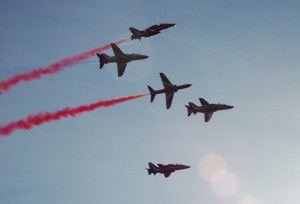 The 2006 Regatta was something special! A coincidence of the Eurofighter Typhoon being postponed due to weather led to a seriously action packed hour of aircraft starting with the Chinook, followed by the Eurofighter and topped off with the Red Arrows. The Chinook is the daddy of helicopters, an awesome sight and sound, they don’t just fly it around they joy ride it and show off its incredible handling for such a huge aircraft! Followed not long after by the amazing Eurofighter Typhoon, words cannot describe the presence of this machine; it has the be the loudest sound I’ve ever heard in my life, the shear speed and noise of this aircraft is awesome to witness.

Then, once children had stopped crying and the car alarms had been switched off, the familiar sight of the Red Arrows appeared over the Dart. It might sound strange but the Arrows seemed quite quiet and slow after seeing the Eurofighter, this off-course doesn’t detract from the superb skill of the pilots and their brilliantly synchronized manoeuvres. I’ve seen many shows over the regatta week in my life but none were as action packed as this single hour of the 2006 regatta. 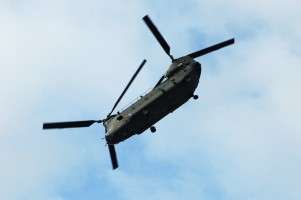 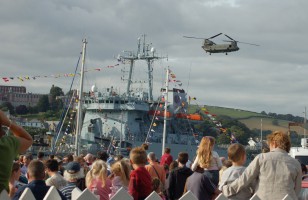 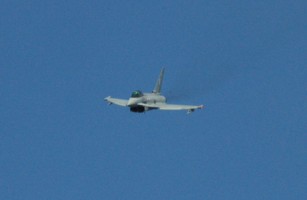 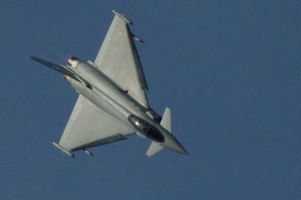 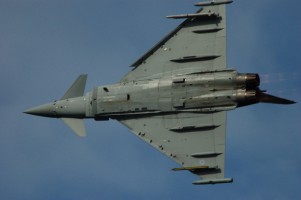 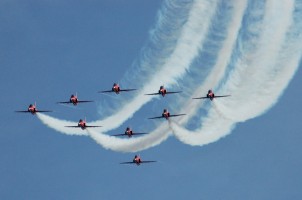 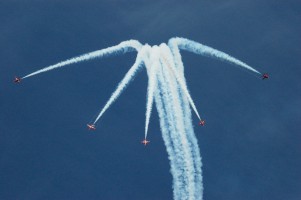 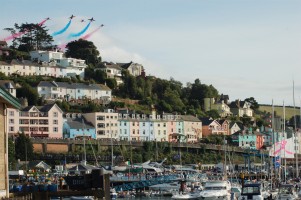 The plan had been to get to the other side of the river therefore having the sun behind us; but we timed it wrong and had to make do with the near side. Between myself and Steve we shot something like 600 images during the show! This is where shutter response time of the camera’s really matter, and a fairly large memory card is important! My 300mm lens was also a great advantage in getting closer to the action. Each of these pictures have been cropped to a sensible size and minor tweaks in Photoshop to bring out the best of them.