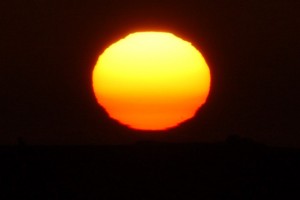 One of the easiest and most rewarding subjects for an SLR camera, though you must be very careful not to look directly at your subject for obvious reasons. The more zoomed-in sunsets are great because there is so much light you have to shoot really fast exposure times with a high f-number; this eliminates any chance of motion blur or movement. I find it harder trying to capture a foreground such as with the sunrises as it is very easy to overexpose the Sun, the D50 has a nasty digital artifact when you over-do it.

Also it is one of the subjects where you really do want clouds! The image to the right was part of a set of sunrise photos but they were all pretty boring without some clouds to add interest, however you can the effects of atmospheric distortion in that picture.

Sunset over the Moors, November 2013

I’ve revisited one of the images from back in 2006 with new processing techniques and also cropped it to make a better shot. This was a sunset over Dartmoor taken while we were on a camping weekend up there; managed to catch a really nice sunset, the same day as picture two in the very bottom posting on this page. 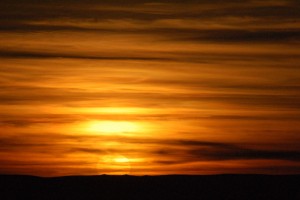 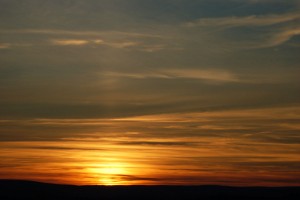 Sunset over the Moors, and Sun Pillar – Another lovely sunset, this time with horizontal layers of cloud to spice it up. I’m pretty sure I’d accidentally taken this at a high ISO setting which makes it more grainy; not a bad effect in this instance! Taken from the Hillhead area which as it suggests is fairly high hills looking down over South Hams with the tors of Dartmoor on the horizon. The second shot shows just a hint of a Sun Pillar, one of the many optical phenomena caused by sunlight scattering in the atmosphere; apparently due to falling ice crystals from very high cloud reflecting the light. 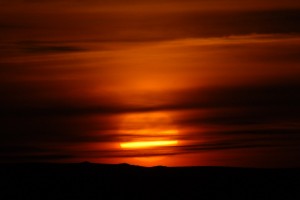 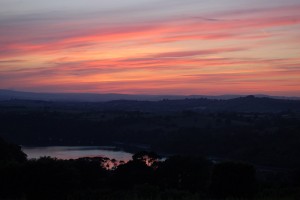 These two above were taken a few days after but from the same location. The left hand image has been cropped down to zoom the Sun and the silhouette of the craggy outline of Dartmoor. The right hand image is after the sun has fully set but the longer exposure time reveals the rolling hills of South Hams and the River Dart reflecting the colours from the sky. 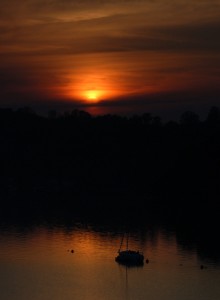 Sunset over the River Dart – We don’t seem to get fantastically colourful sunsets here for some reason, or they are just rare, but when you zoom in they come to life. The 300mm lens is just about perfect for the job and together with the camera produce very pleasing images at very fast shutter speeds, I really like the colour captured in the right hand image here; and the right sunset image below.

These pictures were taken on two consecutive days, the second being the day of the Moon and Mercury conjunction as seen on the Night Sky page.

I’ve been working on those zoomed perspective shots that show distant objects such as trees clearly silhouetted on the Sun or Moon, this requires lining yourself up with those distant objects right at the best moment so can involve a bit of running around or just very accurate planning. 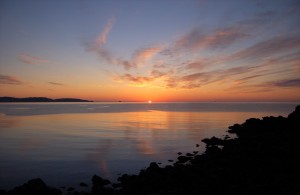 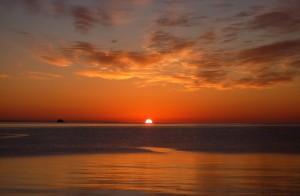 Sunrise over Torbay – I forget the occasion but somehow I ended up staying up all night and taking the opportunity to photograph a sunrise before bed. These were taken from Broadsands headland just by the golf course, in the distance you can see Thatchers Rock on the left with the outline of Torquay, the second shot is more zoomed in so shows the coastline of the other end of Lyme Bay about 50 miles away. Putting the subject in the middle of the shot isn’t always a good idea but I think it works ok here. 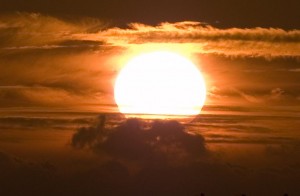 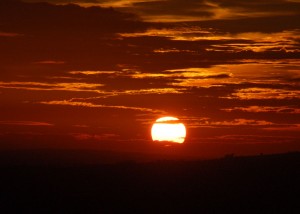 First attempts at the setting Sun – I’m not in the best place for sunsets as our coastline faces the east, and I’m not very good at getting up in the mornings so I rarely see a sunrise! However, I know a few spots which get the full sunset over the hills in the distance, again an obvious target for the newbie photographer. This is not easy as you must not look directly at the sun, it only takes a moment to cause irreparable damage to your eyesight, my method is using the left eye to position the camera and basically using a lot of guess work; fortunately auto-focus usually works on the clouds well. The left image was taken near the mouth of the River Dart; zoomed right in. The right image was taken near Princetown on Dartmoor.