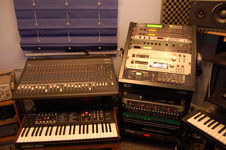 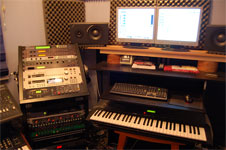 Over 20 years in the making, and always under development. To a vocalist or recording client it would be called ‘Flite Studios’, to me for my music it’s now called ‘Oscillator Laboratories’. Originally a MIDI centric network of cables combined through a traditional mixing desk, now a truly modern facility based around a digital audio workstation; but still integrating those extra-special vintage sounds. 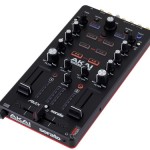 DJ’ing with Ableton & Akai AMX 4th August 2015 - So, I accepted my first DJ gig – can’t be that hard can it?! With Ableton it really isn’t actually, I collected tunes over a few months; learned how to set the cue point and BPM,… read on… 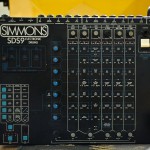 Simmons SDS9 – Manual 15th January 2007 - My friend has had his Simmons SDS9 for years but we had never fully worked out the MIDI functions due to not having a complete manual. Now, thanks to a member of the vintage-synth forums, we… read on… 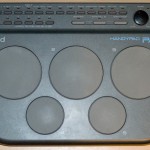 Roland HandyPad (Pad-5) 20th April 2006 - A very spontaneous purchase, I picked up a Roland Pad-5 midi controller which I didn’t know existed before seeing it listed on eBay. It’s halfway between a toy pad, such as the Yamaha DD series,… read on…
Back To Top