As a photographer you cannot ignore flowers, and my folks keep the garden looking great all year round, so most of the pictures you see here are from my own garden. 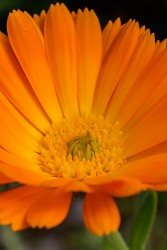 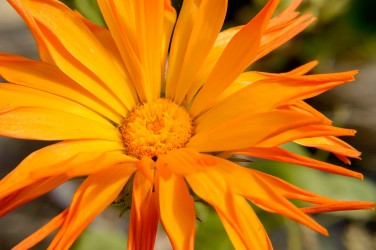 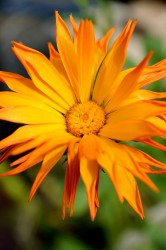 More flowers from our garden, the first image here isn’t great for several reasons, but you may think it’s a different flower to the remaining shots; which it isn’t. This is a common marigold, first image taken two weeks before the other pictures, and it’s changed a lot in colour and shape over that time, gaining a more interesting and colourful appearance as it moves towards Autumn. The first picture was taken handheld at ISO400 which means less definition and more noise, the other two pictures were taken with the tripod at my minimum of ISO100 which makes far better shots.

I was considering an indoor shoot of our house plants but given blue sky and sunshine I decided to take the plants outside instead, only one of them really cut it on this occasion so it’s a study of an Orchid. Direct sun-lighting causes very bold colours and a dark shadows; often too much contrast, I think I prefer the softer backlit approach on these. 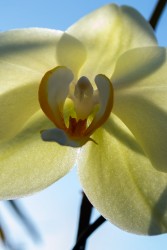 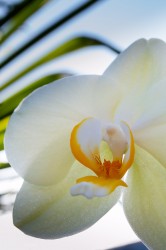 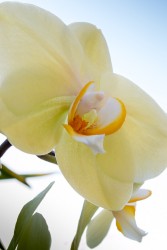 I also spent a lot of time ensuring that the backgrounds were not conflicting with the subject at all, looking up from underneath the plant helps to give a sense of size I think; as well as putting the sky and our palm tree as a background. 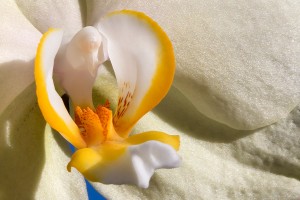 Looking at this close up image particularly, I’m nicknaming this Orchid the prawn-cracker orchid! Also note how the flower seems to resemble a bird’s head with wings either side; looking down on its unsuspecting prey inside.

All these images have benefited from Photoshop’s ‘Shake Reduction’ filter, the default settings do a really good job at sharpening; though you can see artifacts on the solid/flat colours like the blue sky, need more play around with that some more. 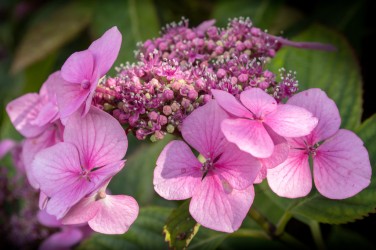 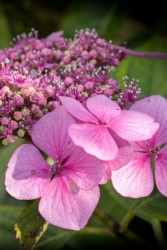 I’ve been learning all the tools within the RAW dialogue in Photoshop, on this occasion I tried using the ND gradient filters to darken the background round the edges; great tools but perhaps not ideal in this situation; the background of these pics isn’t great. Also the overwhelming cropping options, often opening the print dialogue will suggest crops I had not thought of; as in this case. Same image; not-cropped on the left, and cropped on the right.

I’ve just upgraded to the Nikon D3200 and I’m trying to get as much experience as I can. The weather has been great and my folks do a great job of maintaining our humble garden; thus there are plenty photo oportunities without going anywhere. These three shots were hand-held (no tripod) and rushed a bit really, but they show the potential of the new camera’s very high resolution and hopefully they show better composition and photographic technique coming from hours of reading and tutorials. 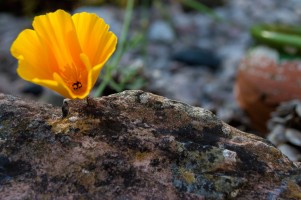 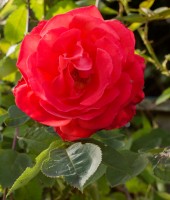 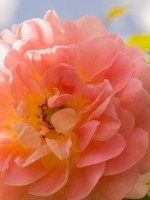 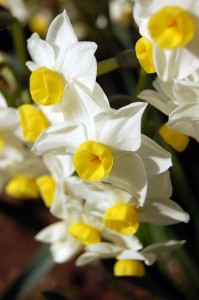 The sun is shining and what more excuse do I need to be outdoors with the camera. This shot was nothing serious at all; I’d just popped down to Steve’s for a coffee and sat in the garden for a while. All the spring flowers are out and summer feels like it is well on its way now.

This is a Narcissi flower; I remember being taught that at school a long time ago. They are part of the Daffodil family and look very similar except the white petals. I found a bit of info on the Wikipedia page.

The shot was 1/1250th of a second at F5.6 with the standard Nikon 18-55mm lens at 55mm, manual focus. I wasn’t doing any serious photography so didn’t use a tripod, in the bright sunlight you can always shoot at very high shutter speeds anyway. I’m sure this could be have been better but it always can! Click the image to see the full resolution version; straight from the camera except a slight brightening of the levels in Photoshop.